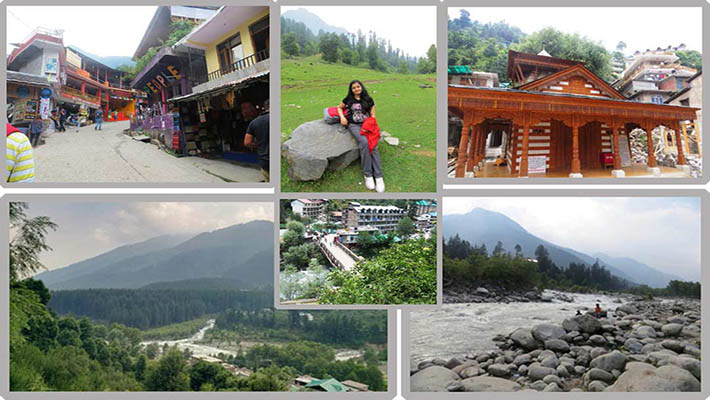 Manali has an aura which is kind of mystical in nature. As I boarded the bus to Manali, I waited in anticipation for those beautiful locales that my eyes would meet with when I alight from that same bus the next morning. I wonder if there is anyone who would not return captivated by its beauty and serenity, and the answer would be very hard to find. No wonder Manali is one of the most visited hill stations in India, especially during the peak season when tourists flock to this place to enjoy nature when it is in full form. 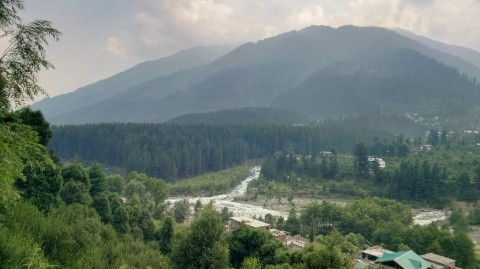 We reached Manali early in the morning and got off at the HPTDC bus depot situated on the Mall Road. There was not much of a crowd in the Mall Road at that time. As we started walking to our Hotel by taking directions from the passers-by, we also kept planning of how to spend that day. The caretaker at the hotel also helped us work out a travel itinerary, based on which we could plan out our 1st day in the Manali town. 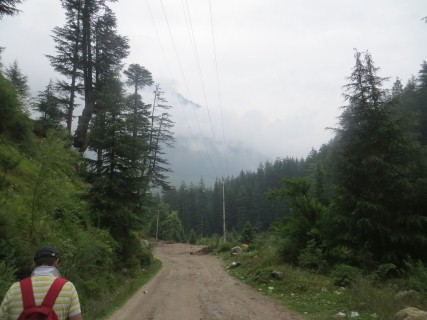 Manali can be best explored if you prefer to walk across the place, though many of us are not habituated to walking in a hilly terrain. There are a couple of places which you cannot think of giving it a miss while in Manali – 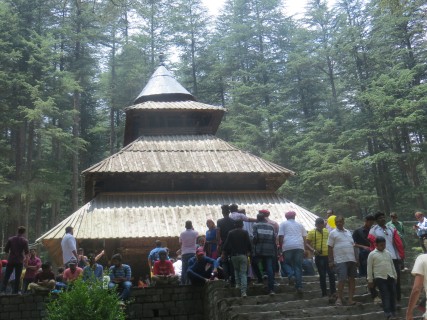 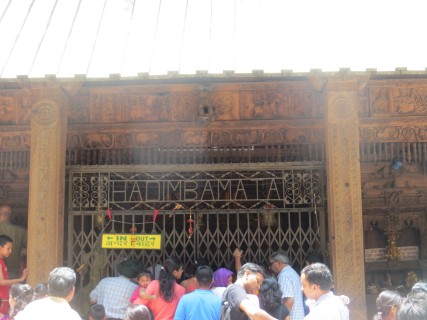 A flight of stairs connected directly with the Hotel took us to the temple. Hidden amidst thick deodar trees, the temple presents a pleasant sight to anyone who comes to pay obeisance here. Just 50 mts. away from the temple lies the open tree temple dedicated to Ghatotkach, to which we paid a short visit. 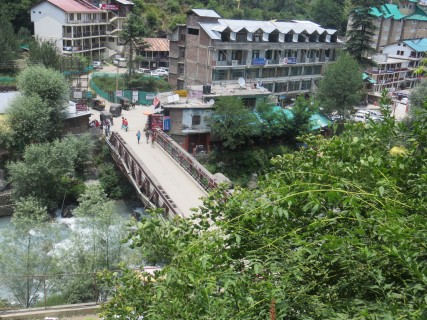 Once in Old Manali, a walk through the winding lanes with shops on both sides would transport you totally to a different world. The place is a complete contrast to the Manali that I had started getting used to. A good number of foreign tourists can be spotted here. Sign-boards outside shops written in Hebrew pop up in the area every now and then, which clearly indicates that Old Manali has a sizeable number of Israeli tourists who eventually chose to settle there. 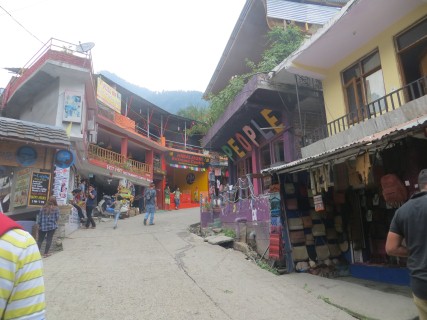 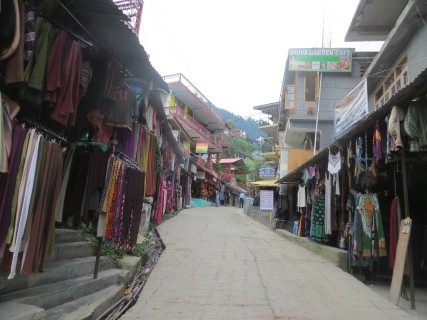 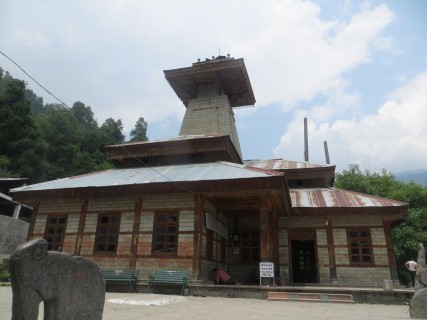 The panoramic view of the mountains and of the picturesque village from the temple made us sit for some time enjoying the nature around, before heading for our next destination. 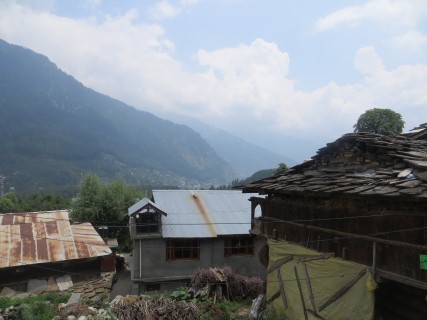 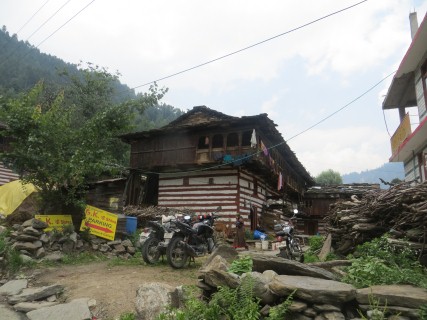 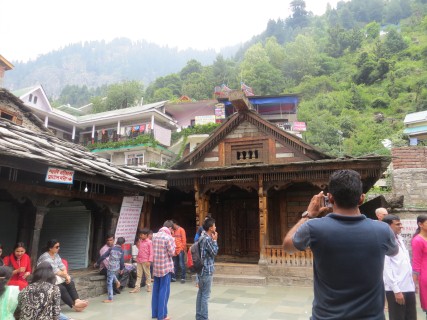 The main temple was closed by the time we reached but I did dip my feet in the hot spring that I learnt has great medicinal value. There were separate bathing areas for both male and female. Beside the temple, are the temples dedicated to Lord Shiva and Rama that are built in similar traditional style of wooden carvings and stones. 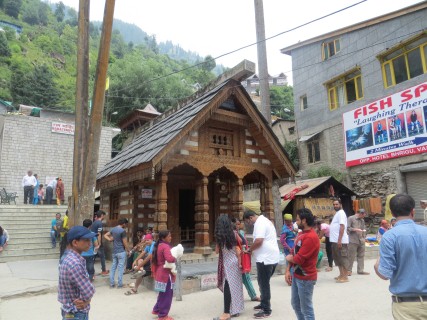 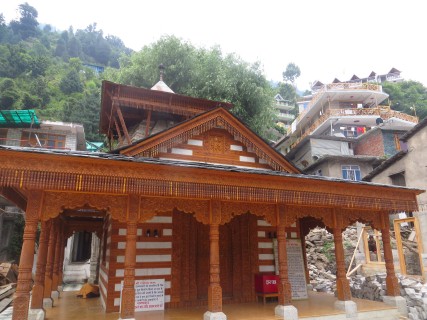 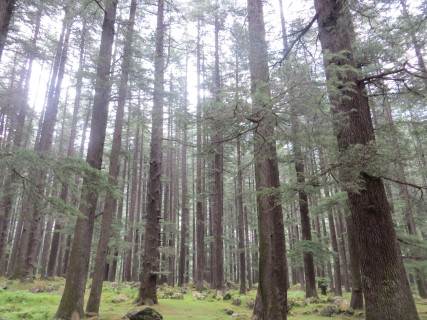 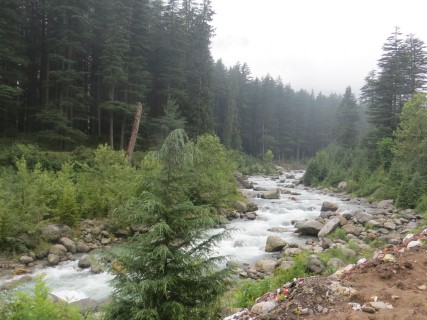 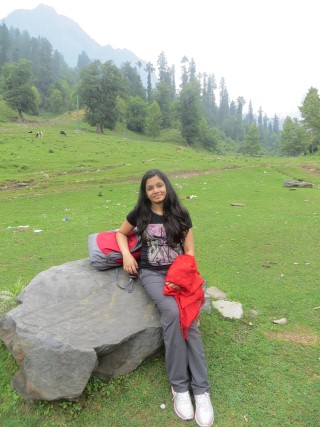 Evening was closing in by the time we reached our hotel and having wandered across the town the whole day, we were very tired and yearned for a hot cup of tea. We seemed to have covered almost every major local attraction on our 1st day in Manali and started planning for the next day. The 2nd day was my most awaited part of that journey, as we had planned to visit the beautiful Rohtang Pass. The sky was getting overcast by then and looking at the sky I pondered – what if rains continued till morning and played a ‘spoilsport’ to our remaining part of the Manali journey.

Check out how our Day 2 from my Manali Diary turned out to be! 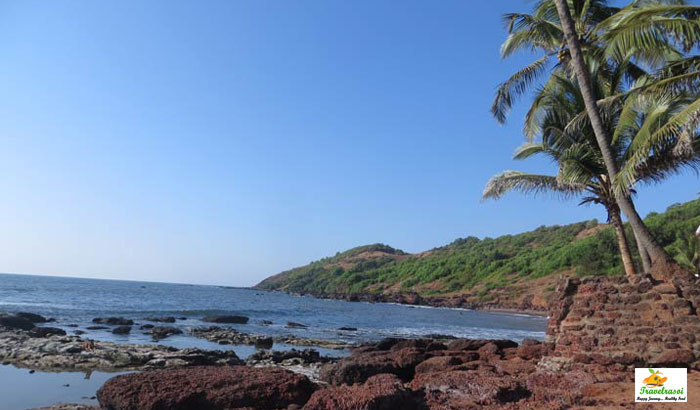 Make your Panjim trip special by planning these 7 incredible things 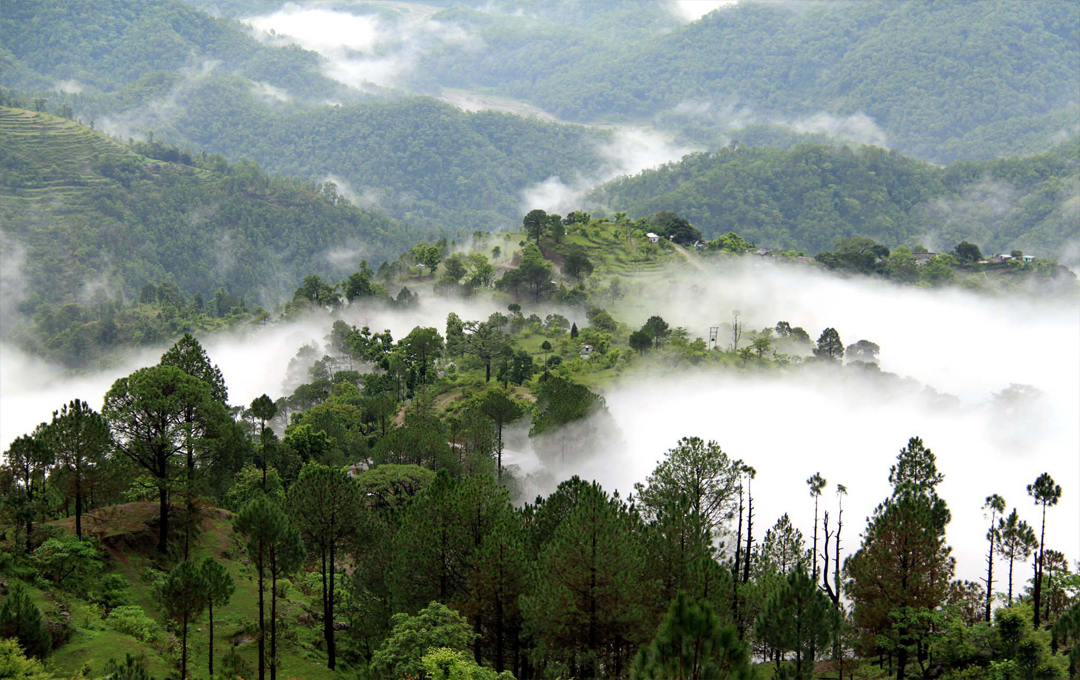