The Leela felicitated at EazyDiner Foodie Awards for culinary experience

Why a Tablet should be part of your travel checklist?

The need to stay calm and overcome hardships is why many of us embark on spiritual tours and journeys. That’s precisely why I along with my family resolved to visit the famous Kalibari temple in Jamshedpur. Located opposite Beldih Club near Loyola School, the temple attracts devotees from all parts of the globe. 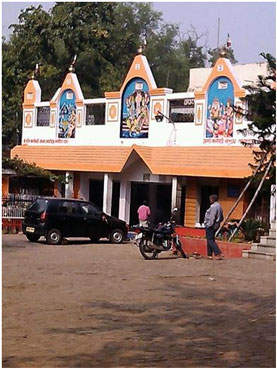 Being true devotees of Goddess Kali, we strongly believe in her power and might and thus the temple was an obvious choice. We decided to visit the temple early in the morning around 7 o’ clock as it was located very close to our hotel in Jamshedpur’s Bistupur area.

After reaching the temple, we removed our shoes outside its premises and started off by ringing the temple bells, something that every devotee does before entering the temple and offering their prayers to the goddess. The major attraction at Kalibari is the idol of Goddess Kali, as devotees from every nook and corner throng to the temple to make offerings to the goddess and seek her blessings. In fact, such is the prominence and popularity of the temple that the local population visits it regularly for celebrating all their special moments and occasions. 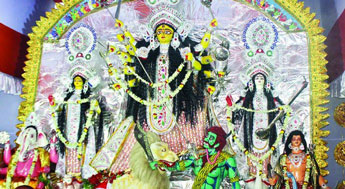 Other than Goddess Kali, devotees can also pay their respect and worship the idols of Lord Shiva, Lord Ganesha, Goddess Lakshmi, Lord Hanuman and Lord Vishnu and Goddess Saraswati, at their respective altars created within the temple premises. The temple architecture is simple, yet fascinating. Kalibari also has a huge hawan kund, where priests perform yajna during Kali Puja and other special occasions. There are also a couple of shops located closer to the temple, where devotees can purchase flowers, coconut, sweets, incent sticks and garlands before offering their prayers to the goddess.,/p>

A brief about the Temple…

Established on 2nd December in 1932 by priest Jaga Basishta Dev, the temple holds a great deal of significance for the occupants of Jamshedpur, especially the Bengali population. Regarded as one the most popular and holy shrines of the city, Kalibari was built when the world renowned Tata Steel Plant was also under construction in Jamshedpur.

The temple is also famous for organizing Kali Puja with much grandeur and fervor every year. In fact, the temple has successfully organized Kali Puja for over two decades now. It is also widely believed that freedom fighter Netaji Subhash Chandra Bose’s mother performed a yajna at the temple premises in 1940s.

During Kali Puja, devotees offer pushpanjali to the Goddess on Maha Ashthami at the Kalibari Ashram. The priests at the temple perform Durgostav twice a year during the months of Chaitra and Ashwin. Devotees also get to enjoy cultural programs and maha bhog, during Durgostav every year. 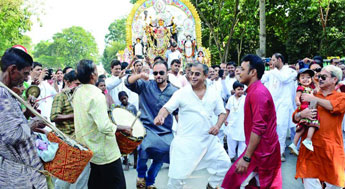 We spent an hour at the temple and enjoyed our share of our Prasad after the priests had finished performing their daily rituals and puja. Thereafter, we headed straight to one of the local restaurants and enjoyed a hearty meal.

How to reach Jamshedpur

Jamshedpur is around 4-5 hours away from Kolkata by train. Depending upon their requirements and budget, travelers can easily book hotels and accommodations within the city and visit the temple anytime from 6 ‘0’ clock in the morning to 8 ‘o’ clock in the night.

The Leela felicitated at EazyDiner Foodie Awards for culinary experience

Why a Tablet should be part of your travel checklist?