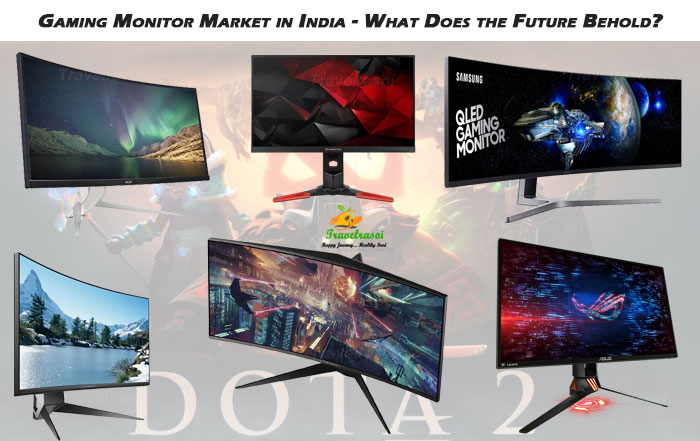 According to an IDC report, the worldwide PC market has been flat for the 1st quarter of the year with only 60.4 million units shipped globally. However, the scenario for the gaming monitor market is completely different. The global gaming monitor market witnessed a considerable growth in 2017 and will continue to expand its share further.

Talking about the Indian gaming monitor market scenario, it will witness an unprecedented growth, as new gaming enthusiasts are now looking to participate in eSports and engage in multiple online games including the extremely popular Counter-Strike: Global Offensive shooting game. 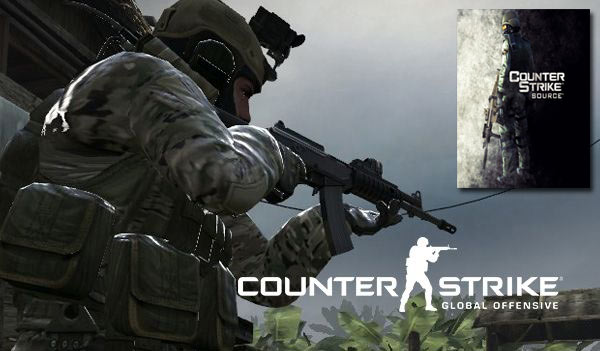 Another report released by Taipei Times revealed that around 2.5 million gaming monitors featuring a frame rate of more than 100 hertz were shipped last year. This was almost 80% more when compared to 2016, as many vendors decided to switch to profit generating products in view of the shrinking LCD monitors market.

In fact, leading vendors such as Asus as well as Acer are planning to increase their investments within the gaming monitor market segment, which will further help them in increasing their revenue in 2018. If everything goes as planned, then the overall gaming monitors shipment would go up by another one millions to 3.7 million units.

The Growth in Demand for Gaming Monitors

Well, to begin with the gaming monitors are a niche IT product that offers immense scope for earning higher revenues. On the other hand, the continued growth of the video gaming market as well as the emergence of curved monitors capable of delivering high performance, are some of the other reasons why an increasing number of LCD monitor vendors have also made their entry into the gaming monitors market.

The Role of eSports

As far as India is concerned, eSports has certainly played a pivotal role in popularizing the gaming culture in the country. With increased mobile and internet penetration, more and more gamers are now engaging leagues and tournaments to play Massive Online Battle Arena (MOBA) games like Dota2 as well as League of Legends.

Also, games like Counter Strike have drawn the attention of hundreds and thousands of gaming enthusiasts towards e-sports, wherein they can watch the best of the athletes competing with one another. While, the eSports market in India is currently small, with around 2 million gaming enthusiasts as well as 2 million viewers, it is likely to increase by more than 5 times by the year 2021, as per a report issued by Frost and Sullivan in 2018. 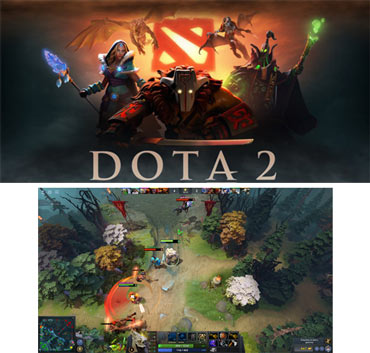 What Should Gamers Look For?

With so much happening in the online gaming space, what should gamers look for when purchasing their ideal gaming monitor? Well, there are a number of factors that must be taken into account when it comes to investing in a gaming monitor. First and foremost, you need to think of the display that would be perfect for your gaming desk. Next, you should take the screen size into consideration.

Monitors with large display sizes offer enhanced experience. However, you must invest in one only if you have enough room for the same. Also, gaming monitors with large screen sizes would require you to spend a lot of money from your pocket. The other factors that you need to consider before you invest in a gaming monitor include the aspect ratio (16: 9 or 21: 9), resolution including (1,920 x 1,080), (2,560 x 1,400 (WQHD) as well as (3,840 x 2,160) and the refresh rate (the 60Hz is the most popular).

However, you can also go as high as 144Hz and 200Hz. Apart from this, you must also pick a gaming monitor with low response time and in plane switching or IPS panels that offer excellent viewing experience and angles. In addition to the above, you must always choose a gaming monitor that offers the features the latest FreeSync or G-Sync technology. 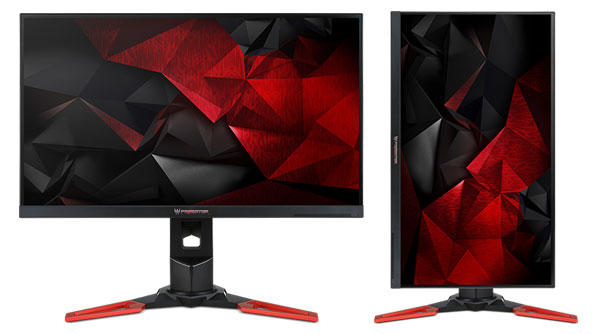 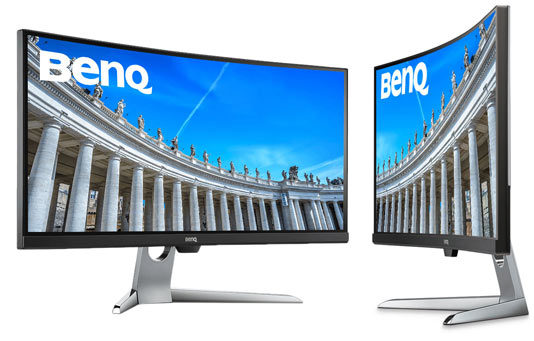 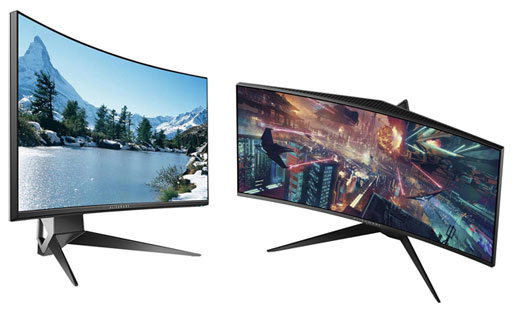 Apart from this, the Samsung CHG90 QLED with a 49-inch screen size and an aspect ratio of 32: 9 is also a good choice for those who want a large screen and higher resolution in their gaming monitor.

So, what are the gaming vendors really up to? What are they doing to expand their market share?

Well, a number of new vendors from countries like Korea and United States are likely to enter the global gaming monitor market in the next couple of years. Apart from this, vendors will also aim at introducing new set of features like quick response time, curved as well as HDR or High Dynamic Range panels etc.

As far as the Indian scenario is concerned, companies likes NVIDIA understand that growth and penetration of gaming in the country is much less when compared to other countries in India. For instance, there are only about 100 gaming cafes in India as opposed to China that has more than 160,000 cafes. As a result, NVIDIA is planning to take a number of initiatives such as GamerConnect, an event that would help the company in increasing PC gaming exposure and provide the best gaming experience to gamers in India.

NVIDIA also plans to work with a number of gaming cafes owners and educate them about the untapped and huge gaming potential of the gaming industry. Additionally, the company has also introduced its advanced G-Sync and GPU chip for gaming enthusiasts in the country.

The Future Of Indian Gaming Industry-How NVIDIA Plans To Penetrate The Market? 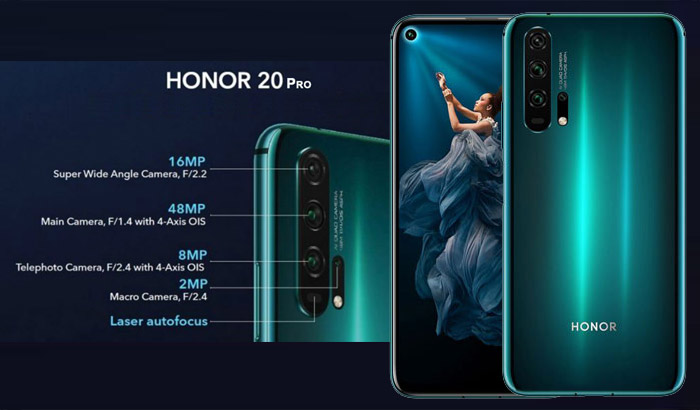 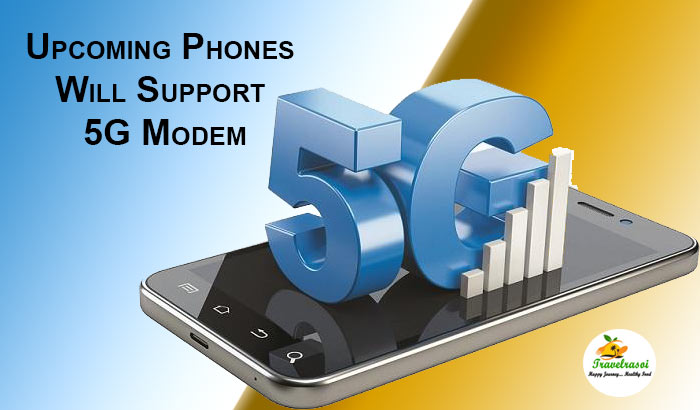 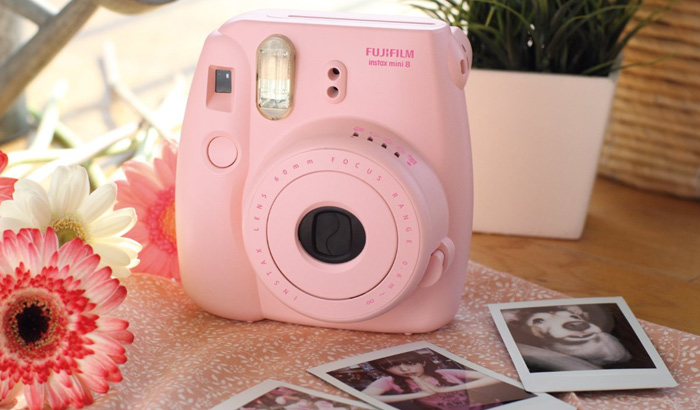