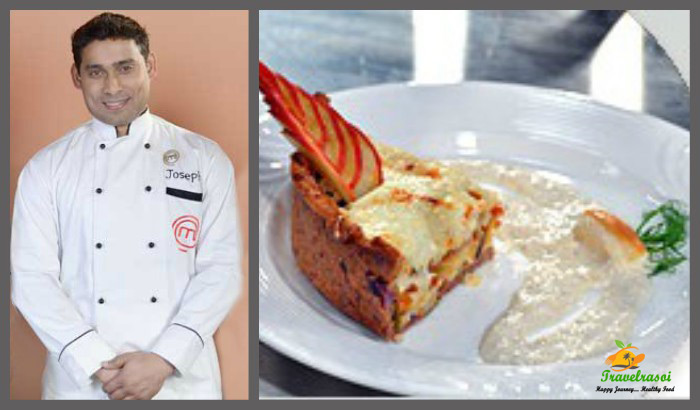 Cooking good food is something that comes naturally to Chef Joseph Rozario who hails from Siliguri, a small town in West Bengal. That’s precisely why despite having represented the Meghalaya State Army division in the Martial Arts competitions and bagging national gold medals twice in a row, he found his calling in food. As Joseph likes to put it-It’s in my blood and I draw inspiration from my dad who’s an excellent cook. In a friendly chat with Travel Rasoi, Joseph shares more about life after Master Chef, his upcoming book and his favorite dish. 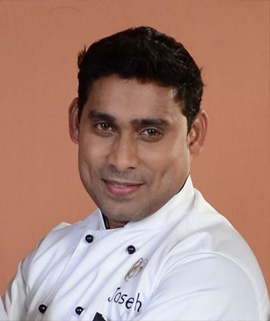 What inspired you to become a chef?

It’s in my blood. My father is a chef and I have always been inspired by his cooking even as a child. He used to take me along with him for catering and other work and I always used to watch him getting praised for his food and cooking. In fact, after eating his food clients would always appreciate his cooking and recipes and that always used to inspire me. So, basically it’s my father who’s taught me how to cook.

What was the first dish you prepared as a chef?

I remember during my childhood days, we used to catch fishes nearby and prepare them at home either by frying or cooking them. That was my first dish as a chef. I’ve always been a sportsman, which is why I needed that kind of protein diet to maintain my energy and fitness levels. However, as a professional, I prepared my very first dish for the Master Chef program, which won be a lot of praise and admiration from every single person. It was my own creation and I was praised a lot for it. The dish is called Shahi Raviolli and I prepared it for my audition for the show. Ravioli is basically Italian pasta and the word Shahi comes from lucknow. I took mutton keema and prepared the dish in a shahi way by putting some gravy in it. I filled the keema mixture into ravioli and served it to the judges along with some shahi sauce instead of the usual cheese sauce that is served with pasta.

Tell us something about Masterchef season-2 memories & how your life has changed after that?

Master Chef was a life changing experience. But I’ve realized that once you get recognized and people start remembering your name, you need to work more hard to fulfill their expectations. That’s exactly what I’m doing right now. It was basically my wife who gave my name for Master Chef and later I participated in the audition. That’s how my journey began and rest in history.

When I went for the auditions, I felt like that I was in an interview. There were many people who were participating but I was always confident on the part of food as cooking is in my blood. However, I was not too mature to speak in front of camera. Master Chef has taught me more about interacting with media and speaking confidently before the camera.

You’re a sportsperson, you were in the army and you’re also a chef. That’s like donning several caps. What do you have to say about it?

This is what destiny had in store for me. I have got two gold medals in sports at national level but I always felt that I need to do something for my dad. During my childhood days, I used to watch him cook and get appreciated for his culinary skills. People used to always ask my dad to open his own restaurant and in reply he would say that he’d invested all his money into his son’s studies. He would always say that he did not have a lot of money for opening a restaurant. Those words hit me a lot and even though I started my journey as an army person, I always thought to myself that I need to do something for my dad. May be god heard me and he pulled me from the army and brought me into the field of food and cooking. May be Master Chef was destined too.

Can you talk about your cookbook?

When I was in master chef everyone in our group was having their authentic dish from the state. I was from west Bengal and that too from Siliguri/Darjeeling are and there’s no special dish that represents that particular part of the country. That’s when I decided to research about my native place. During my research, I found that there was no special recipe of Siliguri/Darjeeling area. That’s when I decided to focus on my area and found that there are many tribes that have unique culinary skills and food preparation style of their own. I spent a lot of days in these villages located in dense forest and took their recipes. I also discovered the story behind these recipes and included them in my cookbook. I realized that these places have not been explored and touched in terms of food and that’s how my book got its name ‘Untouched Bengal’. The book has been widely acclaimed and appreciated by everyone. People from Norway, Sweden, Singapore and Malaysia have ordered my book and they have been mailing me. In fact, many of them have been asking me to write another book on the same lines on a bigger scale covering areas such as Darjeeling, Sikkim, Bengal and North East India. However, that would require a lot of research.

Are you planning another book?

The research for my new book is underway at the moment. While, there have been writers who’ve written about North east food, they haven’t covered areas like North Bengal, Darjeeling and Sikkim. The younger generations in these areas are growing up and following the western food culture. In fact, they’ve forgotten their grandma’s recipes. I have taken all those recipes and will include them in the book so that they become a part of our rich history and people can always refer to it later.

It won’t be a recipe book. I want people to feel those recipes and understand how they’re created. I’m looking for a bigger platform and publisher for the new book. If all goes well, readers can expect the book in a year or two years.

What’s your take on the diversity in the Indian food?

There are a lot of thing to discover about Indian food. It’s just not about kadhi and daal chawal. In fact, I am not aware about many of these recipes and food preparations and I’m still in the discovery phase. Indian food is popular either as north Indian and south Indian food. But I am referring to gali-nukkad ka khana. Those have to come up in the restaurant. In fact, street food is now being introduced in the restaurants and five star hotels in the form of fusion food. We’re creating paw bhaji pizza and bombay pizza. Similarly, we’ve experimented with dabeli and we’re turning it into pizza.

What is your favorite ghar ka khana?

I cook occasionally on Christmas and Easter and most of the times it is my dad who does all the cooking. We love his food and my favorite is vindaloo. It is basically a goan dish and my dad uses chicken or mutton to prepare it.

What would be that one advice you would want to give to the budding chefs?

Give time to yourself and be willing to learn. It’s important to be honest while learning and even while delivering food to your clients. If there’s negativity while the preparing food then your dish won’t come out well. You have to love your food to cook good food.

Quick tip you would want to share with us?

I strongly believe in cleaning the kitchen before cooking because when you’re working in a clean and tidy place, you automatically get a positive vibe. 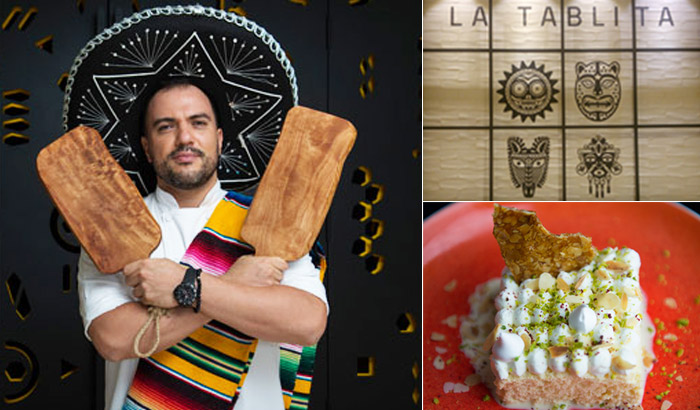 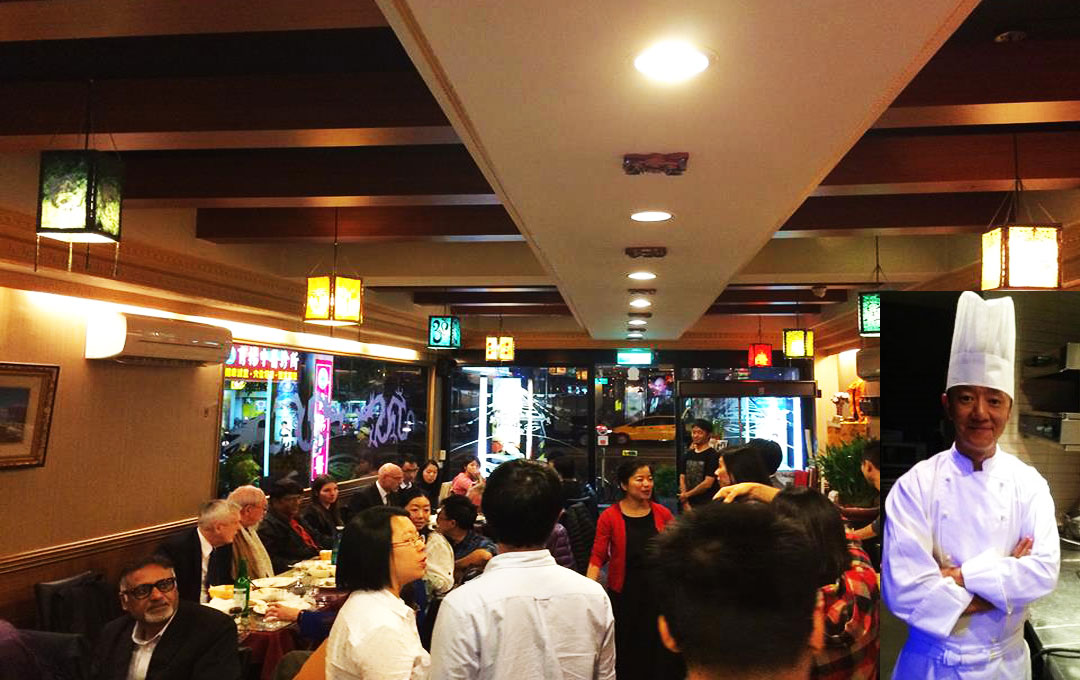 Satiate your love for Tibetan food with Chef PhuChoesang 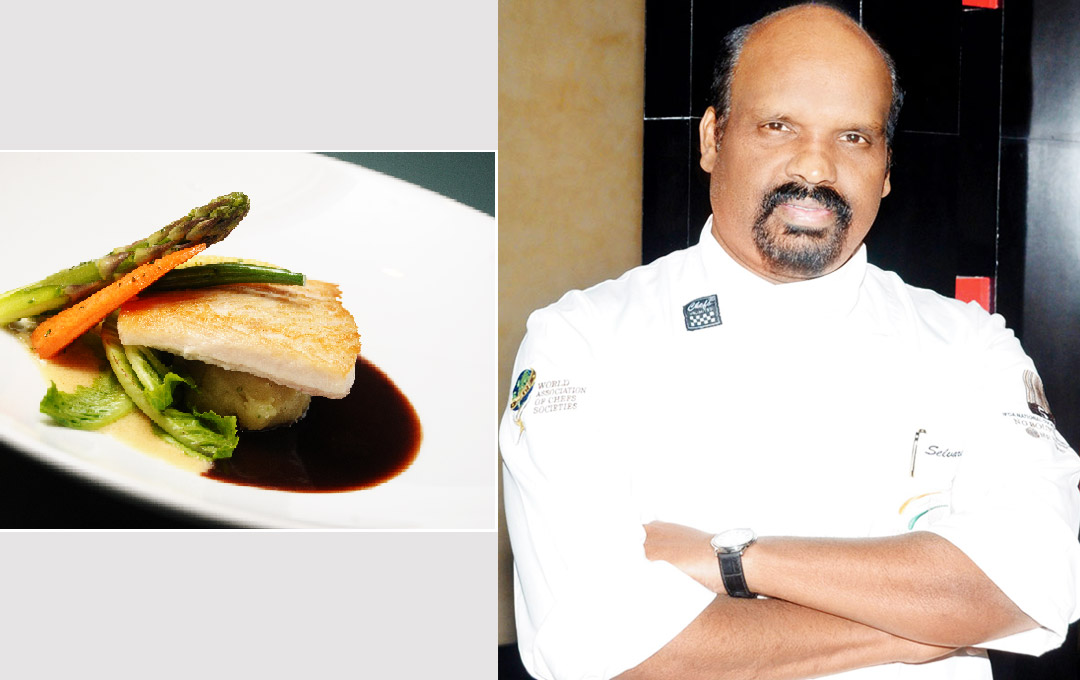